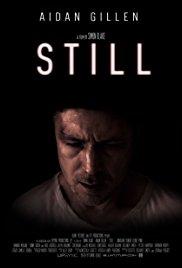 Tom Carver (Aidan Gillen) is a man stumbling blindly towards a crossroads in his life, thrown out of focus by the death of his teenage son a year earlier in a car accident. He is a talented photographer whose career has largely been unfulfilled. A chance and seemingly unimportant confrontation between Tom and a fifteen year old boy brings his life and responsibilities to the fore.  A battle of wills between Tom and the gang of kids develops, on the surface trivial and childish altercations begin to take a considerable sinister direction.  Tom retreats ever inwards as his life starts to unravel, until at last it reaches its painful and shattering climax.