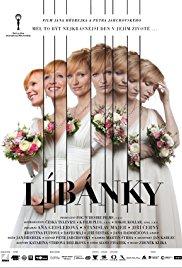 A psychological drama from the present day, in which the fate of the characters is swayed by hidden guilt, is a story about the impossibility of keeping the past hidden from others, and especially from oneself. The story starts at a marriage of a couple in their thirties, Radim and Tereza. Among the marriage guests appears Jan, local optician and a character whose relation to the newlyweds is unknown. He is considered to be one of many friends of Radim and Tereza by the guests at first, but his unnerving behavior and remarks create a thick air, dangerous even. The uninvited guest has not appeared by chance and gradually it's revealed he's tied to the groom by common infancy and coming of age in a boarding school. A story of brutal bullying resulting in a suicide appears from the past... An intimate psychological thriller situated in a sunny summer marriage in the country.