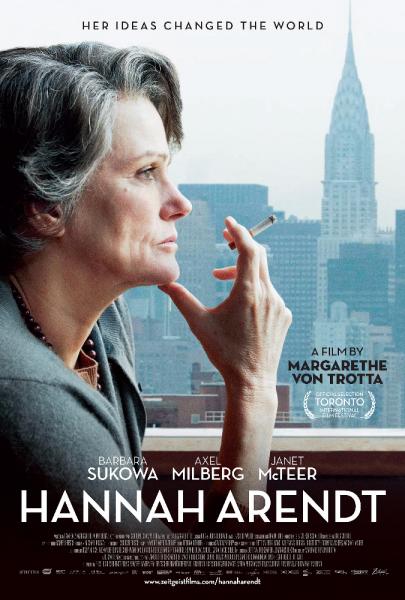 In 1961, the noted German-American philosopher, Hannah Arendt, gets to report on the trial of the notorious Nazi war criminal, Adolf Eichmann. While observing the legal proceedings, the Holocaust survivor concludes that Eichmann was not a simple monster, but an ordinary man who had thoughtlessly buried his conscience through his obedience to the Nazi regime and its ideology. Arendt's expansion of this idea, presented in the articles for "New Yorker", would create the concept of "the banality of evil" that she thought even sucked in some Jewish leaders of the era into unwittingly participating in the Holocaust. The result is a bitter public controversy in which Arendt is accused of blaming the Holocaust's victims. Now that strong willed intellectual is forced to defend her daringly innovative ideas about moral complexity in a struggle that will exact a heavy personal cost.