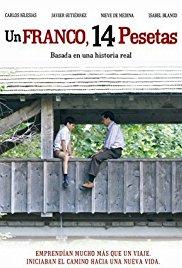 Spain 1960, the dawn of the country's economic development. Industrial "reorganization" means that many workers have lost their jobs and are forced to emigrate. Martin is one of them. Martin, his wife Pilar and their son Pablito live with Mart'n's parents in a basement apartment that comes with their job as superintendents of the building. Encouraged by Marcos, his friend and co-worker, Martin decides to emigrate to Switzerland. The whole family has to admit that for the time being this is the most promising plan. Unable to obtain a work contract from the Swiss Consulate, Martin and Marcos decide to go anyway, pretending they are tourists to get past the border police. Pablito will experience drastic changes in a short period of time: his father's departure, a new way of life in a different country with a different environment and learning another language. But afterwards, in Switzerland, they will face new experiences which will allow them to live with renewed happiness.